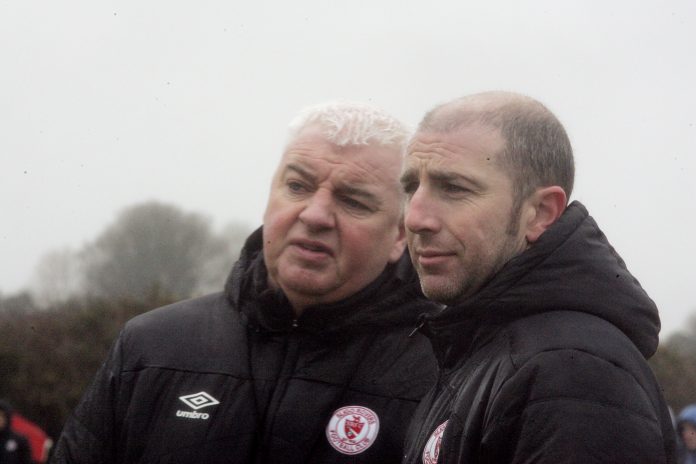 Alan Finn selects the Sligo Rovers team, using a 4-3-3 formation, that he believes should start against Cork City in the opening game of the SSE Airtricity League Premier Division this Saturday at The Showgrounds.

Ryan Coulter
Despite playing roughly the same amount of time as Richard Brush throughout pre-season, I can see Coulter being chosen to start the first game between the sticks.

Alan Keane
As tough a selection as any. It feels harsh leaving Gary Boylan out, but the experience of Keane will be needed for an opening game against one of the country’s strongest teams.

Gavin Peers
The wealth of experience that Peers possesses makes him a certain choice. After overcoming a serious injury in the last year, he will be determined to return to top form in his testimonial season.

Stephen Folan
The obvious player to replace the injured Jeff Henderson, a consistent run of form could see him cement his place alongside Peers.

Danny Ledwith
It is difficult to see anyone other than Ledwith playing at left-back. He has expressed his desire to repay his manager’s faith in him, and a solid game against Cork City is as good a place as any to start.

David Cawley
Saturday’s game could mark the beginning of the midfielder’s biggest season yet at The Showgrounds. Cawley has really matured as a defensive midfielder and he will be needed in what promises to be an exciting engine room battle.

John Russell
The fit-again Russell has been working hard in pre-season to retain his place in the starting line-up and a solid display this weekend could ensure that he won’t have to relinquish it any time soon.

Keith Ward
Ward has been impressive throughout pre-season when playing behind the striker and will provide a serious threat from corners and free-kicks.

Steven Beattie
A split decision here – should the Dubliner or Raffaele Cretaro start? Beattie gets the nod because he has especially impressed in pre-season. He likes to run at defences and that could unsettle the visitors.

Sander Puri
Estonian international Puri has the unique advantage of being a player with plenty of ability who the opposition know little about. It will be interesting to see how last year’s Premier Division runners-up go about containing his potential threat.

Dinny Corcoran
Morten Nielsen has done a lot to warrant a starting place, but Corcoran enjoyed a particularly outstanding pre-season in front of goal and that simply cannot go unrewarded. An experienced League of Ireland striker is necessary to test the Cork City defence.

For more analysis and comment on the the start of the new campaign, see this week’s Sligo Weekender.