A driver was detected travelling at 121km/h while going through a Sligo village with a 50km/h speed limit last weekend. 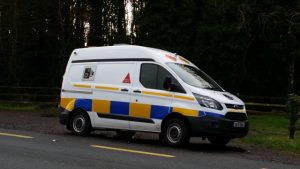 It was one of three Sligo cases highlighted by gardai this week in a list of 16 “notable speed occurrences” nationally following the large scale national speed enforcement operation “Slow Down”, conducted between 7am on Friday and 7am on Saturday.

By far the most shocking disregard of a speed limit nationally was the driver who sped through Ballinacarrow at 121km/h some time during that 24 hours.

Not alone were they way in excess of the 50km/h zone through the village on the N17 between Collooney and Tubbercurry, but were also breaking the general speed limit of 100km/h.

The other two cases highlighted from Sligo were less dramatic. One was 120km/h in the 100km/h general zone on the N15 at Mount Temple, Grange while the other was 119km/h in a 100 km/h zone on the N4 at Cloonymeenaghan, Riverstown.

The percentage of speeding drivers nationally was relatively small, with just 322 exceeding a speed limit out of 176,521 vehicles checked.

Operation Slow Down was conducted on the day that new speed camera zones came into effect throughout the country.

In County Sligo the number of zones has more than doubled.

Of the 355 new zones nationally 11 of them are in Sligo, which with the existing nine brings the total now in the county to 20.

For the location of the cameras and more from this story, pick up a copy of this week’s paper- in shops Thursday.