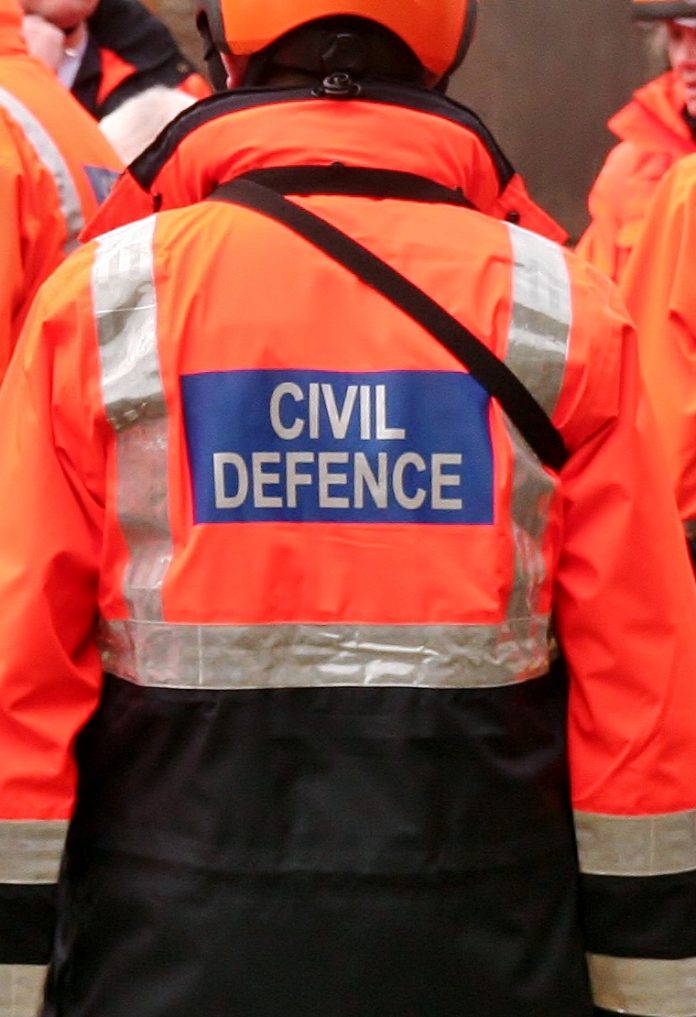 SLIGO’s Civil Defence along with Donegal, Mayo, Roscommon and Longford came together last weekend to take part in a training exercise.

The exercise took into account different functions which the Civil Defence carry out and to test teams efficiency in carrying out the tasks set for each team as part of the event.

Four sites were organised for four different areas in which teams would be assessed in.
On one of the sites, there was a lecture area set up which dealt with specific medical issues people in the Civil Defence would come across while being on call at sporting and festival events such as trauma.

The lectures in this area were led by Michael McDonagh who is an expert on head trauma and concussion.

Another site was set up in which members of the Civil Defence were tasked with dealing with displaced people.

A mock site to shelter and house those who may be displaced for different reasons was set up and members had to deal with issues specific to that.

Hazlewood House’s grounds were very much to the forefront for another exercise area which focused on the search and recovery of two missing persons.

A full two page spread on the Civil Defence can be found on page 8 + 9 of this week’s Sligo Weekender- in shops and online now.