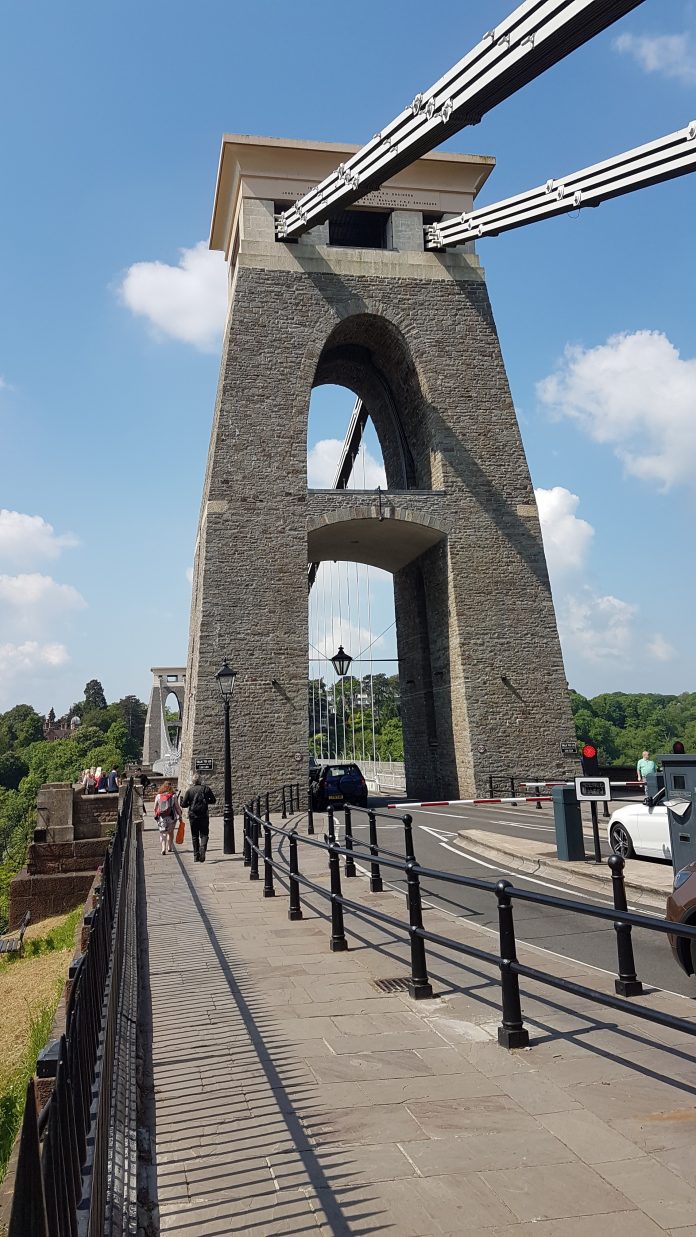 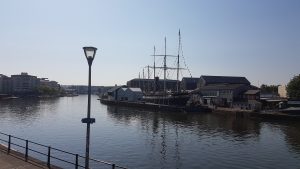 By Robert Cullen As weekend breaks go, arriving in 22 degrees heat to a city on a busy Friday evening when everyone is welcoming the weekend by hanging out on the river, was an auspicious start. The city of Bristol, in the south west of England, has been served by direct flights from Ireland West Airport with Ryanair for several summers now, but from this month there will now be a year-round connection from Knock to the city that envelopes the River Avon. I travelled to Bristol as a guest of Visit Bristol, Ireland West Airport and Ryanair, along with two fellow West of Ireland journalists. As is the nature of these press trips, we were bombarded by facts about our destination almost as soon as we landed at Bristol Airport, but one stood out: More people are moving to Bristol to live than anywhere else in the United Kingdom, outside of the capital London. We would find out why this is during a two-night stay which delivered a full taste of what this former industrial epicentre now offers the discerning visitor. Bristol’s history as a settlement stretches back more than a millennium. It was founded in 1000-1020 AD (then called Brycgstow or ‘place at the bridge’) and quickly became a trading centre, with a mint producing silver pennies bearing its name. The river Avon, a tidal river, created wide channels where sailing vessels and river boats could land and trade. By the 12th century the town was an important port for England’s trade with Ireland, including slaves. It would be this dark history which would continue throughout the next six centuries. At the height of the Bristol slave trade, from, 1700 to 1807, more than 2,000 slave ships carried half a million slaves (a conservative estimate) from Africa to the Americas. However, it would actually be the abolition of slavery which would prompt the city’s greatest growth and prosperity. To abandon their slave trading, ship owners and traders were given massive compensation, which allowed them to build new majestic buildings – warehouses, offices and homes – along the river. A year before the slave trade ended in Bristol, in 1806, a young man was born to the south east of Bristol, in the town of Portsmouth. His name was Isambard Kingdom Brunel and he would have a greater influence on Bristol than any other individual. Brunel designed the Great Western Railway which links London with Bristol.  He built two oceangoing steamships, one of which the SS Great Britain, is now a major visitor attraction in the city. He also designed the Clifton Suspension Bridge spanning the Avon Gorge entering Bristol, although Brunel would not live to see it completed in 1864. The legacy of Brunel is celebrated on board the SS Great Britain and in the M Shed, a repurposed harbourside warehouse which is now a museum celebrating the culture and history of this characterful city. A first-time visitor to Bristol should certainly include a trip to Clifton Suspension Bridge, SS Great Britain and the M Shed on their itinerary. The bridge in particular is an impressive sight to behold. I’d recommend an open top bus tour of the city (Bristol Insight run two bus tour routes which travel under the suspension bridge and into Clifton Village).

Food and drink Outside of Liverpool or London’s docklands, few harboursides in the UK have undergone as radical a transformation as Bristol over the last three decades. The city’s acclaimed university brought a groundswell of young academics and artisans who quickly found a welcome home in the South West. As a result, the city’s run-down dockland areas were quickly repurposed. A casual stroll along the river on a balmy evening reveals all manner of restaurants, bars, clubs, picture-postcard terraces and new apartment complexes. One of the most recent additions, is also one of the most refreshing. Behind the aforementioned M Shed is Cargo, a small complex of independent artisan businesses, each located in repurposed cargo  containers which provides a not so subtle link to Bristol’s maritime trade roots. Cargo boasts craft butchers, chic eateries, humble bakeries, and The Cider Shop, a small premises whose walls are lined with the literal fruits of Southern England’s labour. The county of Bristol lies like an apple seed between the counties of Gloucester to the north and Somerset to the south, two areas renowned for their ciders. As a result, Bristol takes its cider very seriously. The Cider Shop was a welcome stop off for three weary journos, who were treated to a tasting session taking in everything from cloudy Somerset scrumpy to crisp Avon cider and even a throat-warming apple brandy. From there the fading sun carried us along the harbourside past the magnificent cranes which once served to load and unload vessels at Wapping Wharf, and which are now protected structures, steel monuments to Bristol’s industry. The city boasts a fine selection of restaurants, including the Michelin-starred Casamia, where meals start at £80-a-head. The more modest Pi Shop pizzeria next door is a must try if the weather is co-operating. It blurs the lines between what is inside and outside, and the pizzas are outstanding. Another fine establishment is River Cottage Kitchen. One of four restaurants run by celebrity chef Hugh Fearnley-Whittingstall, it delivers plates of locally sourced ingredients which could have come direct from your TV screens to the table. Clifton Village is undoubtedly the posh end of Bristol and boasts a suitably grand eaterie in The Ivy, where high tea is available with enough silverware and fine china to transport you to 1920s London. For a more novel dining experience, try another throwback – Lido. This Victorian era swimming pool is surrounded on three sides by a bar and restaurant. You can enjoy high-end cuisine while looking out on the patrons enjoying a dip in the open air pool. When the light fades, Bristol’s night life goes into high gear. This is a city with a welcoming vibe. Its streets, thronged with people, never felt intimidating.  Bouncers and door staff greet you with a smile, rather than a grimmace. It is little touches like this which will leave a lasting impression on you.

Getting there
Ryanair now run year-round flights from Ireland West Airport in Knock, Co. Mayo to Bristol Airport.
The new service will operate three times weekly in both directions, all year round – on Fridays, Sundays and Wednesdays.
You can book online at www.ryanair.com and you can find out more about the flights at www.irelandwestairport.com Ireland West Airport offers great convenience from the West of Ireland and it is less than an hour by car from Sligo town.

Where we stayed
Brooks Guesthouse Bristol is a boutique hotel right in the heart of Bristol’s old town.
The famous Bristol covered markets are across the street and the guesthouse is accessed via three beautiful arches.
Brooks is owned and operated by husband and wife Andrew and Carla Brooks. Andrew is an Englishman and Carla hails from Dublin.
The couple have created
something novel and relaxing in the  city. The top floor even has old fashioned  streamliner caravans where guests can stay and enjoy fabulous views out over the rooftops of the old city.
For more, visit www.brooksguesthousebristol.com