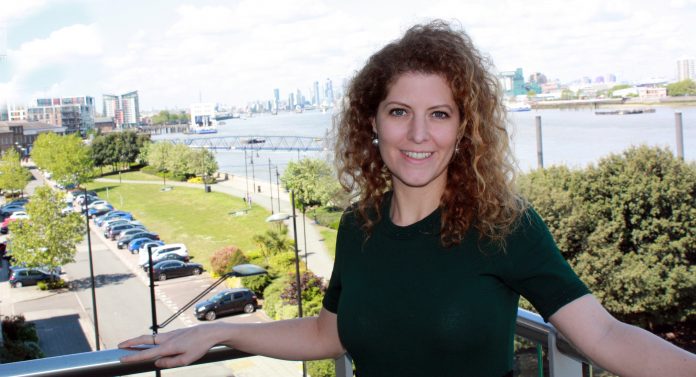 Sligo native Deirdre McGettrick has been carving out a special place for herself in
the business world of London for the past eight years, and recently launched her
own company, Kuldea. Danny Keown spoke to Deirdre about Kuldea, which is the
UK’s first online marketplace dedicated solely to home furniture and furnishings.

KULDEA is a destination for furniture shopping, showcasing over 100,000 products. The company is on track to grow to over 300,000 products by the end of August 2019 and is to be partnering with around 100 retailers by the end of December 2019. Deirdre McGettrick, along with her fiancé Ray Wright, is the brains behind this unique website.

Deirdre said: “The name is Kuldea which is a play on ‘cool idea’ and it is a market site for furniture. It’s exactly like Skyscanner. Skyscanner is a website you go to for flights. Instead of looking up each individual flight, you go into Skyscanner and it will show you the whole market.

“Kuldea is the exact same thing except for furniture. Instead of having to have 10 different tabs open on your search engine for each individual retailer, it gives you all of them in one place.”

It seemed Deirdre was always destined for a life in the business world, as she was immersed in business growing up Ballymote.

Deirdre said: “I was born and raised in Ballymote, I went to the local school, Coláiste Mhuire. My father has a drapery shop called McGettrick’s up the road. It’s still there, I’d say he’d probably retire soon and I don’t think any of us will go back home to take it over. He is the third generation of that business.

“When I was younger, I was always helping when I came home from school. When you were there you’d be out serving customers and you were minding it when he ran up to get the post. So that’s where my love of business came from.”

It was when Deirdre went to college at the University of Limerick that she got her first introduction to London.

“We had to do work experience and in my third year I went London for eight months. I worked in JP Morgan and that was my introduction to London. When I was in London, I thought it was amazing.

“Once I came back, I just felt like I wanted to go back to London. It’s fastpaced and dynamic. I ended up doing a masters in finance at Trinity and then went back over to London on a grad programme. I moved over in September 2011 so it has been eight years now.”

Deirdre has said that the aim of Kuldea is to make searching for furniture easier for the consumer as it can be a very difficult process trying to get the right furniture.

“The whole purpose is to simplify the process of consumers because if I was to tell you that there are over 950 retailers that are on the market. Most people can only name about ten.

“YOU’RE BOMBARDED with information but it’s very hard to remember them all. With furniture, because it’s such a big item, you’re going to have to hold up money for it and it’s going to spend a lot of time in your living room, so you want to get it right. There is only a certain amount of retailers that you’d find on page one of a google search. They’d usually be big retailers with big budgets such as Ikea. People generally want something a bit more
unique and different and you’re unable to find the retailers. This can be really frustrating”

She said: “I was furnishing my own apartment over here in 2017. I love interior design so I was looking forward to it furnishing it.

“I had all these pictures on my phone and from magazines of furniture. I then went looking for them on my phone. I then tried to find the products that I knew I wanted but I couldn’t find them.

“If you wanted to find a gold, trimmed, black coffee table. How do you go about finding
that? Even though I knew a lot of the retailers I couldn’t find the products that I wanted. I was really frustrated because I’d seen it on magazines and in pubs so I knew they existed. I asked my friends about their processes and I found out that there were finding the same difficulties. That’s where the idea for Kuldea first came from.”

SINCE DEIRDRE and her fiancé, Ray Wright, co-founded Kuldea they have had to have a close working relationship. I wondered if this meant there was extra conflict in the workplace due to their relationship.

Deirdre said: “I think we work quite well together because our skill sets are very different. My background is very much the finance, the legal and the love of interior design.

“His background is more in the marketing and the technology side so we have a very clear split in work that we focus on. However, we do sometimes have very heated decisions at times. At the end of the day, we are both very passionate about it. So even if we have to get third party verifications for the right answer, we get the right decision rather than blatantly following one of our opinions.”

With there being so few women in the notoriously male dominated business world I wondered if Deirdre experienced any obstacles in her professional career.

She said: “Coming from eight years in professional banking, I think it was quite sexist at times. There definitely is a lack of females. There were plenty of times I was the only woman in a room. Some of the jokes can be inappropriate.

“I grew up with two brothers so I grew up in a male-dominated environment, so I would have been used to it. I noticed that it affected some of the other women I was working with. If you’re a bit quieter or you’re not used to it you could be intimidated by it.
However, I think it gives me an advantage in this because I’m a woman out here running a company and I think it gives me more of a platform.”

Kuldea is a furniture discovery website which covers all aspects of the home. Deirdre hopes that it will build a community of people and retailers who use the website as their first portof-call for home furniture.