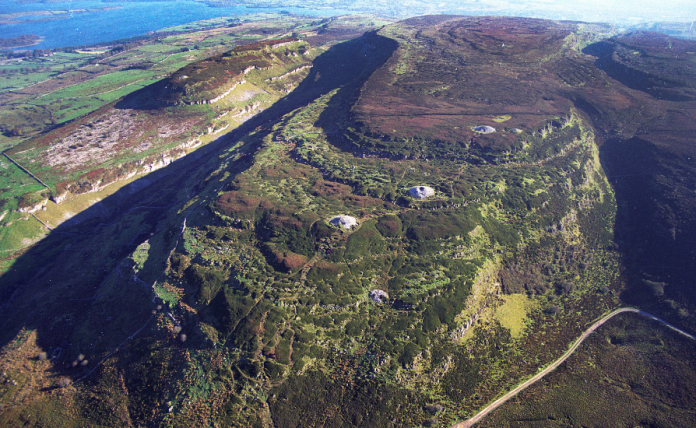 The Passage Tomb Landscape of County Sligo is one of three applications that has been included in a new World Heritage Tentative List for Ireland.

Sligo’s selection – just three of six Irish sites shortlisted made the list – the Chief Executive of Sligo County Council, Martin Lydon, described the news as a “momentous day” for Sligo.

Sligo County Council in partnership with Sligo Neolithic Landscapes Group have welcomed the announcement by Ministers O’Brien and Noonan that The Passage Tomb Landscapes of County Sligo have been added to Ireland’s Tentative List of World Heritage Properties.

The passage tomb landscape of Sligo represents the most westerly and one of the most dramatic expressions of a remarkable flourishing of the construction of ritual monuments across Europe between five and six millennia ago. The interconnectivity of stone monuments and varied local topographies – typically involving upland cairns and megalithic tombs with high intervisibility across striking landscapes – is a potent expression of a long disappeared cultural milieu, which fostered an intense and enduring dialogue between architecture and landscape that remains unmatched in world terms.

Chief Executive of Sligo County Council Martin Lydon said: “This is a momentous day for our county, particularly for the people who are passionate about the preservation and promotion of Sligo’s unique heritage.

“Following today’s announcement, we will engage with key agencies and other stakeholders, as there is a considerable body of work required for the next stage of the process. I am confident that we will be successful in this endeavour and we will realise the full potential of this historic development.”

Minister for Housing, Local Government and Heritage, Darragh O’Brien, TD, paid tribute to all applicants and to the National Monuments Service and the experts who have assisted them over the last year.

“This has been an exhaustive process over many months of evaluation that UNESCO ambition demands. I commend all applicants for that ambition. To the three applicants, which have met the necessary criteria, know we will support you as best we can to match the local drive for full World Heritage nomination in the years ahead. It will be a challenging road, but one you have shown you are willing to travel and we will journey it with you.”

Cllr. Michael Clarke, Cathaoirleach of Sligo County Council said they were “fortunate in Sligo to have an outstanding passage tomb landscape and there is a duty of care on us all to value and care for this unique heritage.  I commend everyone involved in the application process, Sligo County Council and Sligo Neolithic Landscapes Group, which has resulted in the Ministers’ announcement today.”

While the announcement is very much welcomed in Sligo, it is one step in a long process and this was stressed by Cllr Donal Gilroy

“Once placed on Ireland’s Tentative List for World Heritage Sites, there is considerable work and time involved in the preparation of nomination documentation, which would include a management plan and a public consultation process.

“This will take anything from 3-5 years and will require a strong and agreed vision for the proposed World Heritage Site, ongoing dialogue, strong partnerships and meaningful consultation with State Agencies, key stakeholders, landowners and local communities.”

He added: “Inclusion on Ireland’s Tentative List is recognition that these sites have outstanding universal value and are of global importance.”

“The progress achieved thus far would not have been possible without wide and positive local support over the last number of years, for which we are most grateful.

“We look forward to playing a role in the work that lies ahead –including active engagement and consultation with local communities– to achieve full UNESCO WHS status for our treasured passage tombs and their landscape,” he said.

For more on this story see next week’s Sligo Weekender.