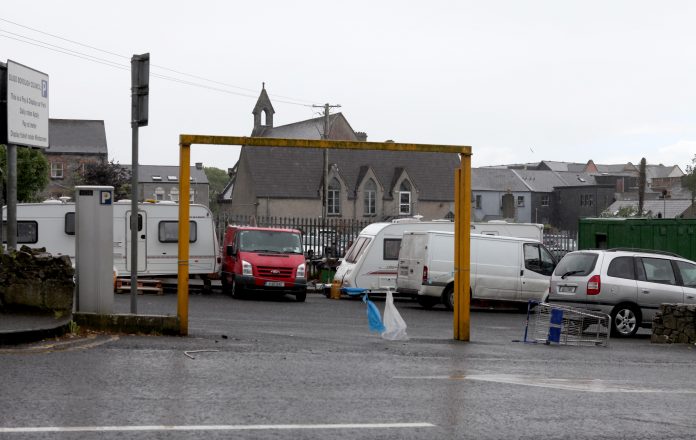 Sligo County Council has said it is liaising with gardai after a car park at Connaughton Road in Sligo town was blocked for on two days this week.

It appears that a rope was strung across and a shopping trolley placed to prevent vehicles entering the car park where there have been caravans parked for many years and a council spokesperson described it as a “serious issue”.

One motorist, who regularly uses the car park, told the Sligo Weekender she arrived there shortly after 12 o’clock yesterday, Wednesday, to find the entrance blocked.

“There was a Tesco trolley and bit of string across the entrance and there was a young fellow there refusing to let anyone in.”, she said.

The woman, who didn’t want to be identified, said that she then contacted Sligo County Council.
“I was told that it was a housing issue and that I should contact the Traveller liaison officer. They told me they had about 3 or 4 complaints this morning.”

She also contacted the gardai who told her they would send someone up.

More from this story can be found in this week’s Sligo Weekender- in shops now.