The best-known rock acts to come out of County Sligo have contributed songs to a new Charity CD launched this week. 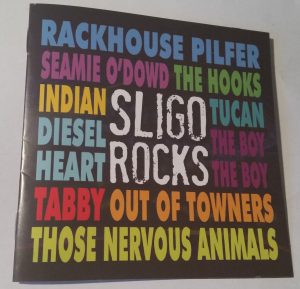 “Sligo Rocks” is a 10-track album launched to raise funds for the Adam Kennedy Trust.

The album features songs from Indian, Those Nervous Animals, Rackhouse Pilfer, Tucan, Out of Towners and The Hooks. And two Sligo bands from the 80s/90s are also included in the list – Diesel Heart and The Boy The Boy.

Legendary Sligo performers Tabby Callaghan and Seamie O’Dowd have also contributed songs for the album, which is available in The Record Room, Grattan Street, Sligo for €15.

The album was put together by Record Room founder Aidan Mannion, who is also a trustee of the Adam Kennedy Trust, a charity set up to help a young West Sligo boy who suffers from autism, dwarfism and a number of other medical issues.

More details on Adam and the work of the trust are available from their facebook page (www.facebook.com/adamkennedytrust).