Garda numbers in Sligo have been greatly depleted and there are not enough gardai out on the beat, it has been claimed this week. 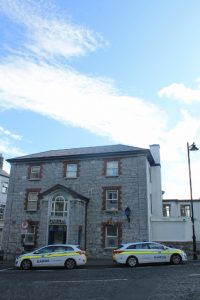 And residents in one area of Sligo town have expressed concern about the removal of a community garda from the area.

A local representative of the Garda Representative Association Ray Wims spoke to the Sligo Weekender about the lack of recruitment and the shift in emphasis to deskwork which he feels is affecting policing.

“Sligo is lacking sufficent gardai due to different administration roles, retirements and lack of recruitment. We have only had five [new] gardai recruited to Sligo in the last five years. The force nationwide has gone down from 15,000 to 12,000,” he said.

“In the last 12 months, gardaí have spent more time in front of a computer than out policing,” he said.

His comments came following the news that there is no longer a community garda in place in the Northside of Sligo town.

The Sligo Weekender understands that the community garda for the area has been redeployed to other duties away from community work in Forthill and the surrounding areas.

Asked for a comment on this, Ray Wims said: “Community policing is the backbone of our job. We are opposed to drive-by policing. Walking the beat and speaking with people builds up an element of trust with the people.

“People like to have a community garda and when a garda is on a regular beat they don’t have that same time [to devote to community policing],” Garda Wims said.