There were calls for more resources from central government for Sligo’s library services at a Sligo Municipal District meeting on Monday. 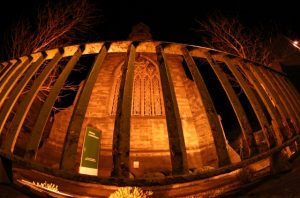 The meeting was told by County Librarian Donal Tinney that they had a severe staff shortage.

“It is so finely tuned at the moment that if one person phones in sick we have a problem”, he told the councillors.

Mr Tinney said that because of staff holidays the library in Tubbercurry was presently closed for three weeks.

He said that they would probably have to look at closing Ballymote at some stage and while they would be trying to keep the central library in Sligo open he could not guarantee it.

But he said that you could have 500 people a day coming into the library and there was a need to have at least two people on the desk at any time.

Mr Tinney outlined to councillors developments in the service being now provided by the library and said the service was “going from strength to strength”.

He referred to the success of the Summer Stars reading programme for primary school children, for which 650 children were signed up.

Councillors were unanimous in their praise of the work of Mr Tinney and his staff in maintaining and expanding the service but also called on the government to provide more funding and to lift a staff embargo.

Cllr Declan Bree said that to his knowledge the staffing embargo had been lifted as other counties were recruiting staff.

However, Council CEO Ciaran Hayes said that the embargo was still in place in Sligo and the council was being obliged to reduce its staff numbers because of its financial situation it found itself in.

He said that the council had been left in no doubt that the staff cuts had to go ahead even if that meant closing libraries.

Mr Hayes said he had taken a decision that the libraries were too important to close, but he said that they had only been able to do so because of “innovative work practices”, thanks to the co-operation of staff and unions.